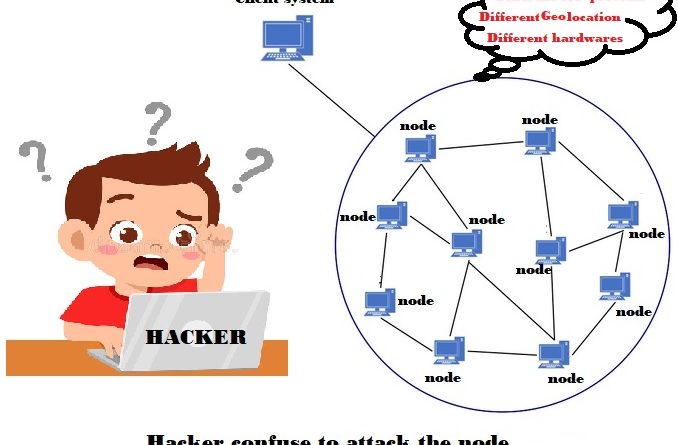 In highly secured Decentralized cloud storage, data is no longer stored in a central location but instead it gets encrypts, splits into multiple pieces and distributed among different machines all around the world and only a particular user will have access.

When a data is uploaded, the data gets encrypted and stored in a centralized zone or region where a variety of vulnerable attacks may happen which can lead to bypass the encryption walls and makes personal information accessible to hackers. For example: several years ago hackers gained iCloud accounts access.

When a data file is uploaded, at first the data gets encrypted, only users have the keys to access the data. The encrypted data file, by default gets broken into 80 pieces and stored on storage nodes that are statistically uncorrelated across the globe.

For Example if a hacker wanted to steal a file from the decentralized storage network. He needs to break 29 different networks and also he needs to steal the encryption key from the client to figure out the original data file, so from a security perspective it is highly secured.

Hope this article may show the importance of decentralized cloud storage.

10 thoughts on “Does Decentralized cloud storage is highly secured!”